Have you ever heard that there is bat poop in mascara? ????

It kinda makes sense right? Guano is a super valuable fertilizer and a highly sought-after product. But is it beneficial to put it on your face?

So, this post came to life when my previous co-worker mentioned that her teacher told her that mascara was made from cow stomach. It honestly wouldn’t surprise me…you’d be shocked to see what ingredients are found in products we use every day.

However, I decided to do a little more research…

While I didn’t find anything about cow stomach being used in makeup, I did find other people claiming that guano is commonly used. In other words, they say that there is a ton of bat poop in mascara.

Let’s explore this a bit more…

????TIP: Pin this article to your MAKEUP board so you can always reference it when you need to!

*This post contains affiliate links meaning that if you make a purchase through the link, I earn a small commission at no additional cost to you. This helps me provide the best possible content on this site for free. Keep in mind that I only link to quality products that I use myself and feel would be beneficial for my readers.  Please read my full affiliate disclosure for more information.

Let’s Start With Some Fun Facts About Bats.

???????? Bats are actually flying mammals that can maneuver better than birds… thanks to their highly articulated wings. They are commonly mistaken for rodents.

???????? Most cultures in the world associate them with death, witchcraft, vampires, and darkness.

???????? Three different species of bats feed on blood. However, most feed on insects and/or fruit.

???????? They “see” in the dark using “echolocation.” Basically, they make high-frequency calls while flying, listen to the echoes returned, and can see a sonic map of their surroundings.

So Then What Is Guano?

Guano is the official word for bat poop (or it can also refer to the poop of a seabird).

Guano is used as a very effective fertilizer around the world. Rich in bioremediation microbes and nitrogen, it contributes to strong plant growth, soil building, and the cleansing of toxins from the soil.

In the ancient Inca civilization, it was even used as a form of currency, since its ownership was quite the privilege.

Last but not least, guano was used in various wars, including the US Civil War since nitrogen can be extracted from guano to make explosives.

Sounds like a miracle product, right? However, this valuable fertilizer comes with a hefty price tag…

If harvested while the bats are roosting, they’ll typically abandon the caves, leaving their young behind. The explosives used to harvest guano changes the microclimate of the cave and allows light in the cave, making it undesirable for bats to stay.

Additionally, guano also contains dangerous pathogens that lead to histoplasmosis, a dangerous lung infection that affects humans and other animals.

It is commonly misconceived that you can get rabies from bat poop. However, the CDC website debunks that myth, stating that you must be bitten to contract rabies. That’s one good thing, right?

So Is There Really Bat Poop In Mascara?

With all the fabulous things that guano does, what is the benefit of putting it in mascara… or even other makeup products?

The good news is that the whole bat poop in mascara thing is really just a massive urban legend.

While I can’t confirm that mascara has never contained bat droppings, I do believe that it’s just a misconception of the word “guanine.”

Guanine is an ingredient that used to be added to various types of cosmetics to give them a shimmery, iridescent look, back in the day.

Here’s the thing…guanine is very abundant in bat poop. Heck…the word, “guanine” originates from the word, “guano.” However, the cosmetic industry does not harvest it from bat guano.

sooooo… There isn’t any Bat Guano in makeup?

The FDA requires that guanine is only derived from crushed-up fish scales when used in beauty products.

If you’re still unnerved about fish scales being used in cosmetics, don’t worry… most cosmetic companies aren’t willing to pay the high price for guanine these days.

There are several cheaper alternatives like synthetic pearl, mica, aluminum, and bronze particles.

What Is Mascara Made Of?

Mascara is typically made out of wax, oils, pigments, and preservatives.

According to WebMD, “Mascara’s ingredients typically include a carbon black or iron oxide pigment to darken lashes; a polymer to form a film that coats lashes; a preservative; and thickening waxes or oils such as lanolin, mineral oil, paraffin, petrolatum, castor oil, carnauba wax, and candelilla wax.” 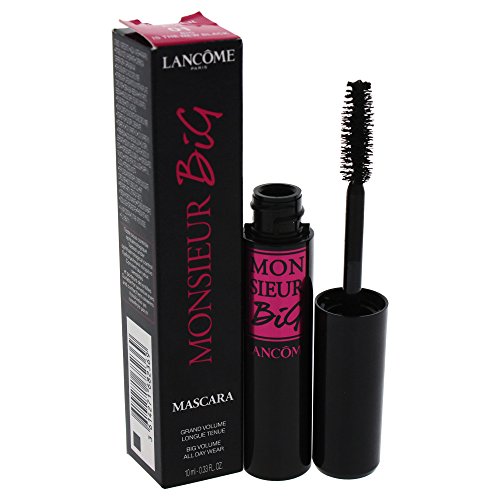 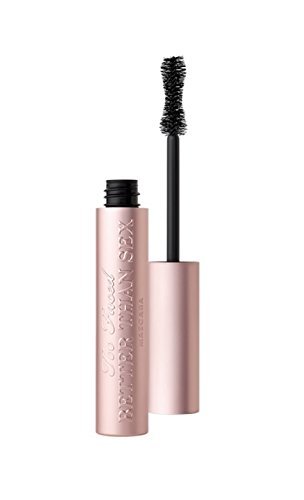 Too Faced Better Than Sex Mascara

Why Is Bat Poop In Mascara?

There is actually no bat poop in makeup. It’s an urban legend that likely originated because of “guanine,” an ingredient used in various cosmetic products. Although guanine is abundant in bat guano, the FDA requires it to be harvested from fish scales.

What Is The Main Ingredient In Mascara?

Mascara is typically made of wax, oils, pigments, and preservatives.

What Mascaras Have Bat Poop In Them?

None. It’s an urban legend that bat poop is used as a makeup ingredient.

Is Mascara Made of Bat Poop?

No. Mascara does not have bat poop listed as an ingredient. This urban legend likely comes from the fact that “guanine” is used in some beauty products.

Although you may have heard that there is bat guano in mascara, that’s really just a wide-spread urban legend.

Some beauty products contain guanine, which is found in bat poop (and sounds like guano). However, the FDA requires cosmetic companies to harvest it from fish-scales. Fish scales are pretty gross too… but it’s likely that your mascara doesn’t even use guanine.

So sleep easy, my friend… there is no bat poop in mascara.

Your Turn: Would you be surprised if there was really bat poop in mascara? Are you scared to know what’s in your makeup products? Drop your thoughts in the comments section below! ????????????????????????

Hi, I'm Hollee!
With over 9 years of experience in the hair industry, I'm confident that I can help you nail your next DIY hair project!
Learn more!